'The Head of a Native of Otaheite, with the Face curiously tataow'd' Richard Bernard Godfrey 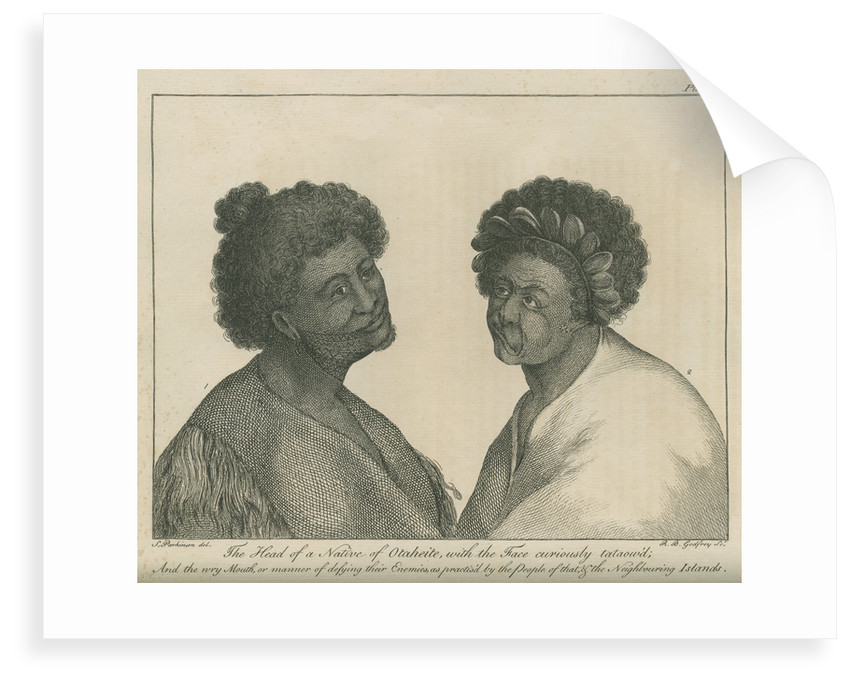 Product images of 'The Head of a Native of Otaheite, with the Face curiously tataow'd' 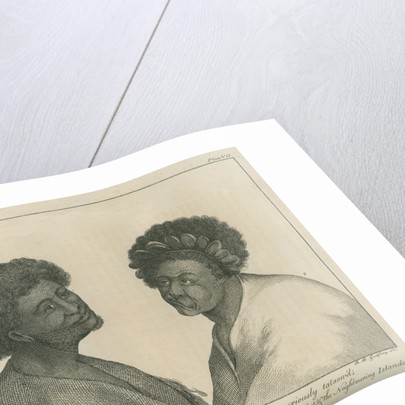 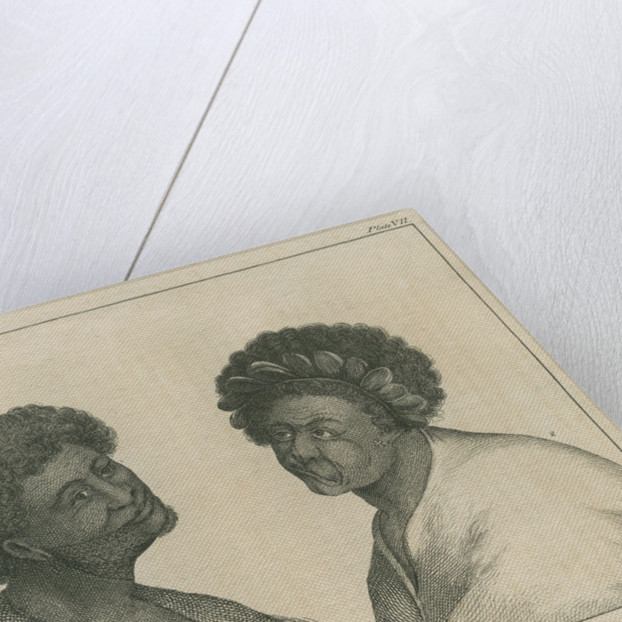 'The Head of a Native of Otaheite, with the Face curiously tataow'd'

Head and shoulders portrait of two unnamed Tahitian, Mā'ohi, people, referred to here as from 'Otaheite', Tahiti. Both are shown with traditional tatoos, tatau, and employing facial expressions, pūkana, which, as per the associated text, involved: ‘distort[ing] the muscles of their faces, and twist their mouths diagonally, in a manner which none of [the Endeavour's party] could imitate.’

Illustration from A journal of a voyage to the South Seas, in His Majesty's ship, The Endeavour, by Sydney Parkinson (London, 1773), which was published posthumously.

Endeavour's mission was to observe the Transit of Venus, which they did from Tahiti on 3rd June 1769, and explore, claim resources and trade in the 'unknown southern land', Terra Australis Incognita.