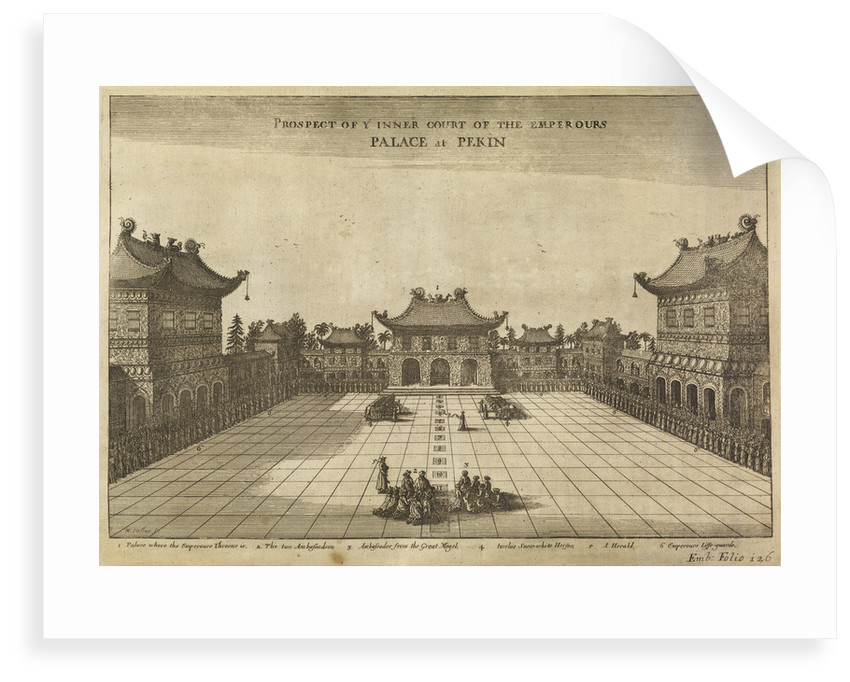 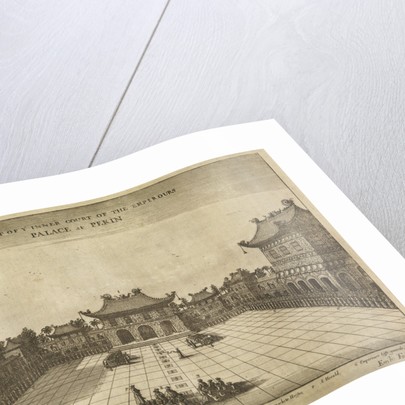 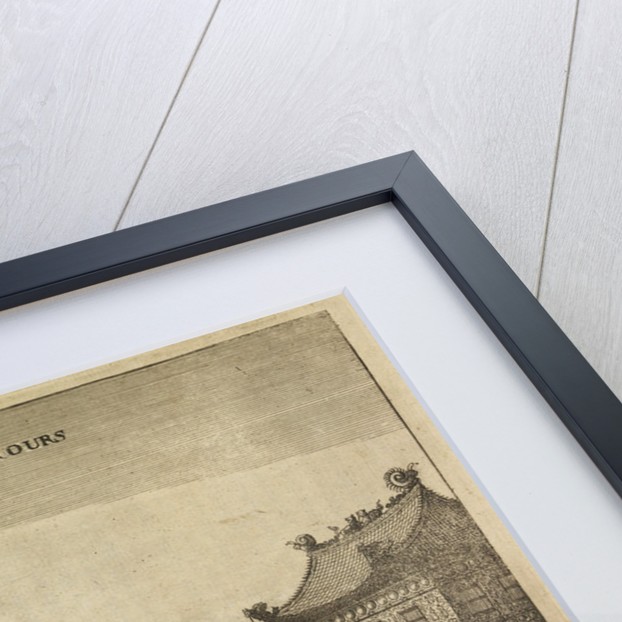 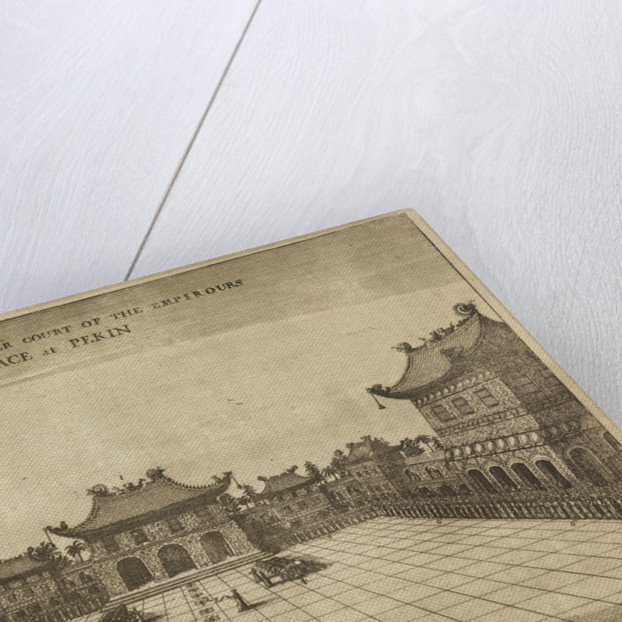 View of the inner court of the Imperial Palace in Peking [Beijing]. Inscribed above: ‘PROSPECT OF Y INNER COURT OF THE EMPEROURS PALACE at PEKIN.’ Key to numerical annotations as follows: ‘1.Palace where the Emperour Throne is, 2.The two Ambassadors, 3. Ambassador from the Great Mogul, 4. Twelve snow-white horses, 5.A Herald, 6. Emperours Liffe-guards.’

Plate from the book An embassy from the East-India Company of the United Provinces to the Grand Tartar Cham, Emperour of China...., by John Nieuhoff (London, 1669).

The Dutch East India Copmany (Vereenigde Oostindische Compagnie, VOC) began operating in South Asia, and over the next century expanded its colonial operations to Mauritius and South Africa. It is known to have made use of slave labour from early on. Laurens Real, the Governor-General in the East Indies from 1615-1619, first introduced slave labour into the nutmeg plantations on Amboina in the East Indies, and his successor, Jan Pieterzoon Coen (1619-1623 and 1627-1629) introduced it in the remaining of VOC settlements.

More by the artist Wenceslaus Hollar.