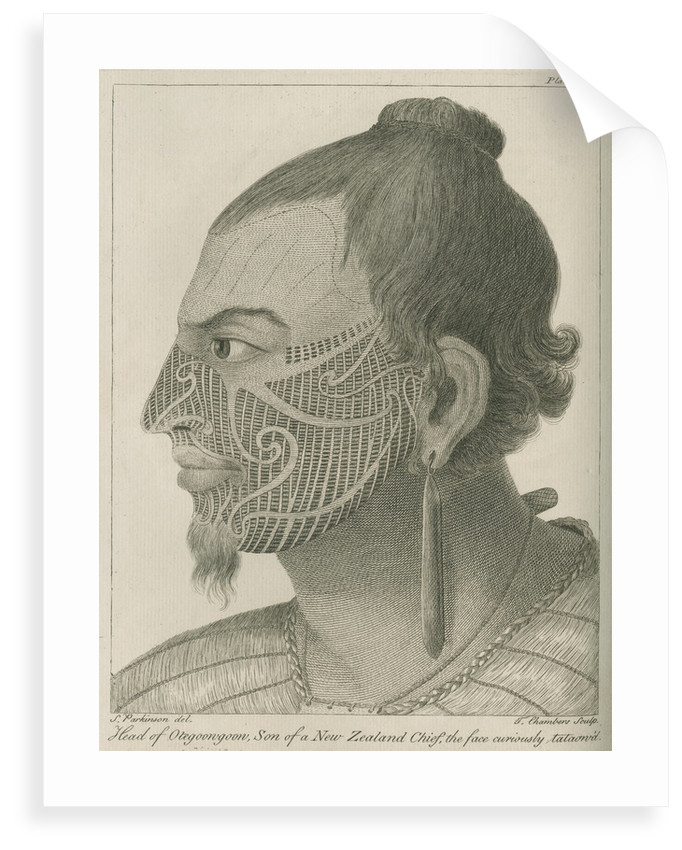 Product images of 'Head of Otegoowgoow, Son of a New Zealand Chief...' 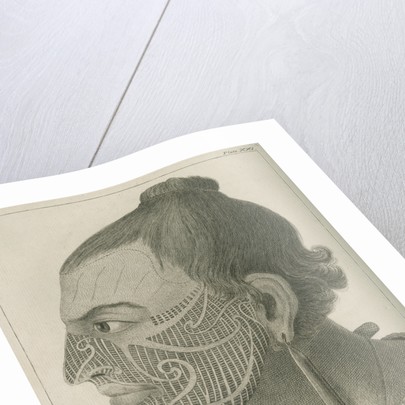 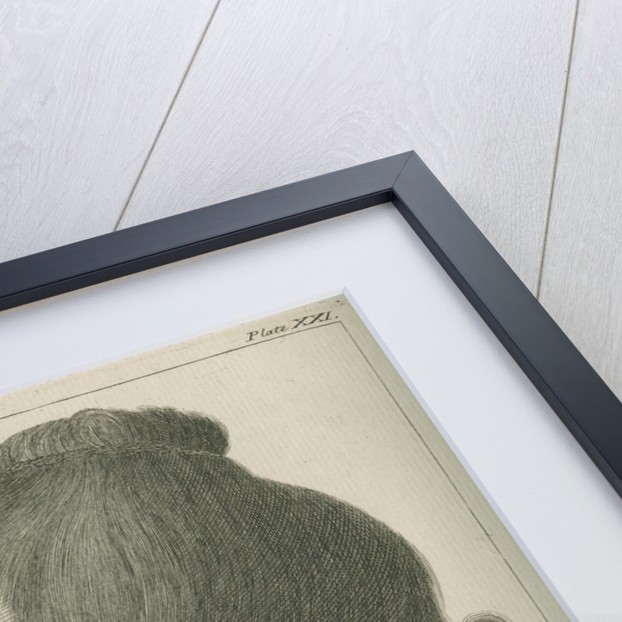 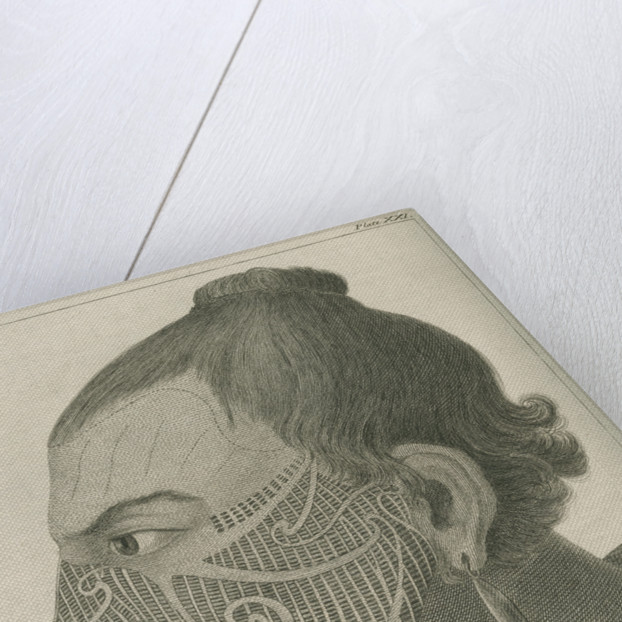 'Head of Otegoowgoow, Son of a New Zealand Chief...'

Portrait of Otegoowgoow in left profile, shown with his hair in a bun, a long earring and traditional face tattoos, tatua.

Illustration from A journal of a voyage to the South Seas, in His Majesty's ship, The Endeavour, by Sydney Parkinson (London, 1773), which was published posthumously.

Endeavour's mission was to observe the Transit of Venus, which they did from Tahiti on 3rd June 1769, and explore, claim resources and trade in the 'unknown southern land', Terra Australis Incognita, including New Zealand.

Otegoowgoow (active 1769), also known by Otegoongoon, was the son of a Māori chief of the Bay of Islands, New Zealand. This is where he first encountered Endeavour's expedition party and was wounded by a gun fired from onboard.

More by the artist Thomas Chambers.